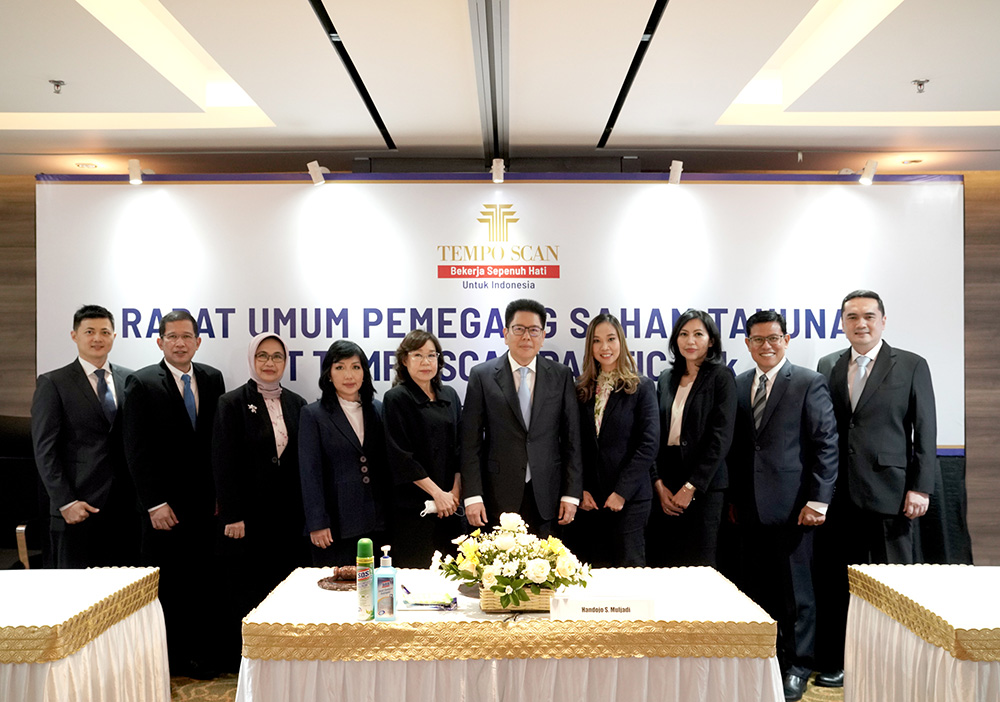 On Tuesday, May 31st, 2022, Tempo Scan convened Annual General Meeting of Shareholders (AGMS) for 2021 financial year, held in Tempo Scan Tower 16th floor, Jakarta. The AGMS was chaired by Bapak Handojo S. Muljadi as President Commissioner and was also attended by Bapak I Made Dharma Wijaya as President Director, Ibu Diana Wirawan and Ibu Liza Prasodjo, both as Vice President Director and also Ibu Shania as Director and Corporate Secretary.

At the AGMS, the President Commissioner of Tempo Scan, Bapak Handojo S. Muljadi, expressed his gratitude for the dedication of Bapak Prayoga Wahyudianto, Bapak Julian Aldrin Pasha and Ibu Dewi Murni Sukahar during their positions respectively as Director, Commissioner and Independent Commissioner and Commissioner of the Company. On the closing of the presentation of the Board of Directors’ Report, Bapak I Made Dharma Wijaya as the President Director of Tempo Scan, also expressed his highest appreciation to all shareholders, business partners, suppliers, professionals and Tempo Scan customers for their continuous support, as well as gratitude to The Board of Commissioners, management team and all Tempo Scan employees for their dedication and hard work during the 2021 financial year. 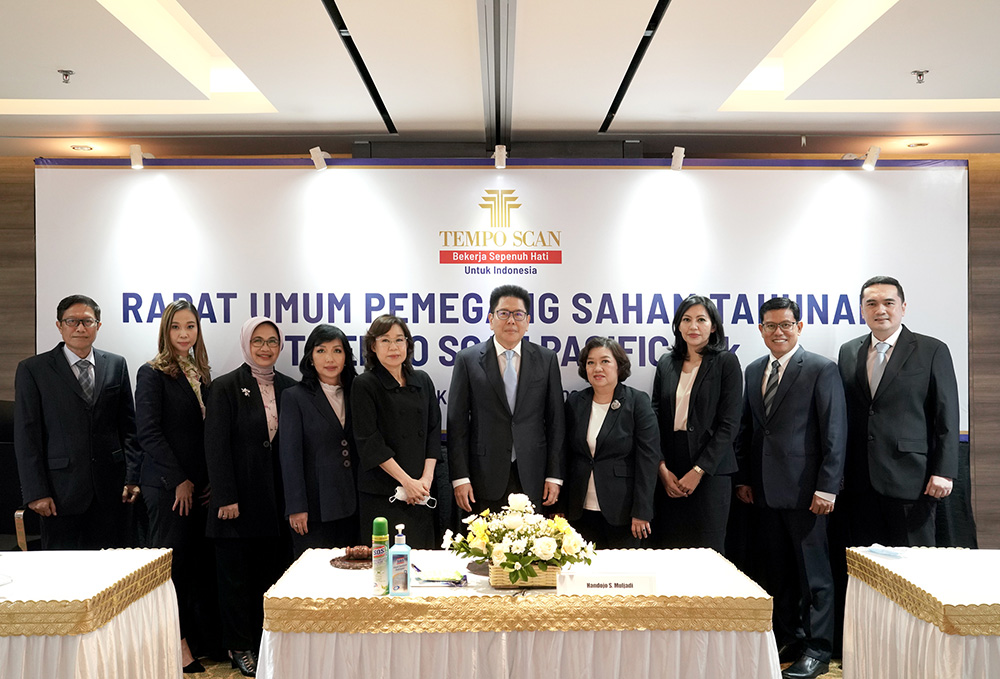