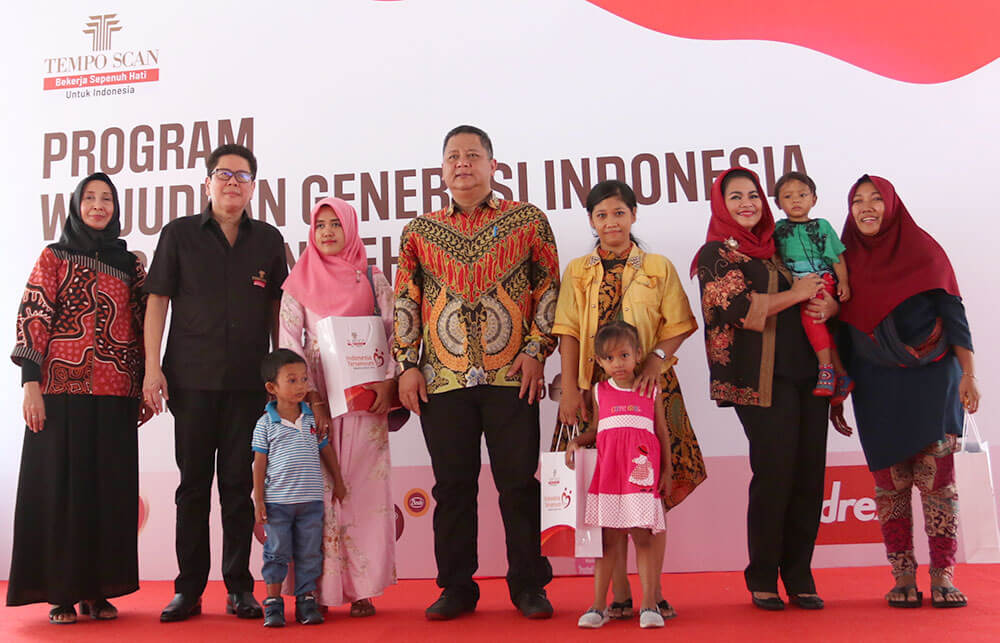 Surabaya, 21 February 2019 – Nutrition has a significant role in the process of a child’s growth and development. A lack of it, especially at an early age, will affect a child’s growth, which can subsequently lower the quality of a country’s human resources. In this respect, numerous factors are in play, some of which are the inadequate access to information regarding well-balanced nutrition, and low family income resulting in parents being unable to provide the right nutrients for their children.

Tempo Scan Group deems it to be its duty to work wholeheartedly in presenting a Program of “Realizing a Well-Nourished and Healthy Generation of Indonesia”, which is a CSR activity “Indonesia Tersenyum” (Smiling Indonesia) by Tempo Scan Group, in the form of providing extra nutrients and education on a Hygienic and Healthy Lifestyle.

The program is aimed for kids aged 1 year and older who are malnourished and belonged to low economic or poor families. Additional nutrients are given continuously to those children for 90 days. Moreover, the parents of those children will be given some education on a Hygienic and Healthy Lifestyle and prevention of diseases including dengue fever.

The implementation of “Realizing a Well-Nourished and Healthy Generation of Indonesia” Program in 2019 will encompass several regions in East and Central Java, with an estimated total of aid recipients of approximately 8,000 children aged one year and older. It shall expand the program coverage from the 2017 numbers of 5 regencies in West Java and Banten, and 172 Posyandu (maternal and child health service post) in 8 sub-districts, the program of which managed to help 8,781 children of a year and older.

An active and sustainable participation of all parties is crucial to ensure the realization of a Well-Nourished and Healthy Generation of Indonesia. “This CSR Program implementation will include several related institutions such as Posyandu, which is the closest basic health service post to the people,” added Handojo.

Puti Guntur Soekarno as one of the public figures stated that what Tempo Scan Group does to participate in the improvement of nutrition should be supported, as it is in line with the government’s action. Puti continued on saying that “Parents have an important role in providing nutrients for their children. We ought to make them understand and give nutritious food for their children, regularly bring them to Posyandu for a health checkup, and always maintain self and environmental hygiene. Therefore, children will not fall sick easily and be able to grow optimally.” she said.

According to Riskesdas (Basic Health Research) 2018, there had been an improvement in the nutrition status of toddlers in Indonesia, where the proportion of poor nutrition went down from 19.6% (Riskesdas 2013) to 17.7%. This fact was confirmed by BPS Data of 2018, which showed that the poverty rate in Indonesia decreased in number and percentage, and managed to drop to the lowest point in 2018. In this respect, Tempo Scan Group, through “Realizing a Well-Nourished and Healthy Generation of Indonesia” Program, would like to assist a rapid improvement of nutrition status of Indonesian children.

The Vice Mayor of Surabaya, Whisnu Sakti Buana, added that even though the number of cases of poor nutrition and poverty rate keeps plummeting, we cannot be self-assured. “The role of all layers of society, including those of the business world, is obviously significant in pushing down the numbers, realizing the disastrous impact of poor nutrition at an early age on the quality of the future generation of Indonesia,” said Whisnu.

Whisnu revealed that the East Java region also contributed to the down trend of poor nutrition and poverty rate in Indonesia, where the latter managed to go down to 10.98% from the previous figure of 11.20% based on BPS data of 2018. This proves that the local government program has worked effectively in reducing poor nutrition and poverty rate. Tempo Scan Group’s Program of “Realizing a Well-Nourished and Healthy Generation of Indonesia” can work in synergy with the local government’s effort in improving children’s nutrition status.

Puti continued, “So every parent, especially a mother, needs to understand the right nutrition for children so that the habit of a healthy diet for children can be built. This is especially important to act on even during pregnancy.”

About Tempo Scan Group and “Realizing a Well-Nourished and Healthy Generation of Indonesia” Program
Tempo Scan Group, previously known as The Tempo Group, is a national private business group comprised of more than 30 companies, some of which are included in PT Tempo Scan Pacific Tbk as one of the subsidiaries of Tempo Scan Group. Tempo Scan Group started its business activities on 3 November 1953 in the core businesses of manufacturing & marketing Pharmaceutical products, Nutrition products, Consumer & Cosmetic products, as well as Distribution & Logistics Services, and Property & Financial Services.

Some products of Tempo Scan Group which have been well-received by Indonesian community as prime products are:

Realizing that the support given by all Indonesian people plays an important role in the development and advancement of the Company, Tempo Scan Group holds fast one of the core values of the Company which is “Responsibility” that is put into acts by forming a Corporate Social Responsibility (CSR) with a slogan “Indonesia Tersenyum” (Smiling Indonesia). 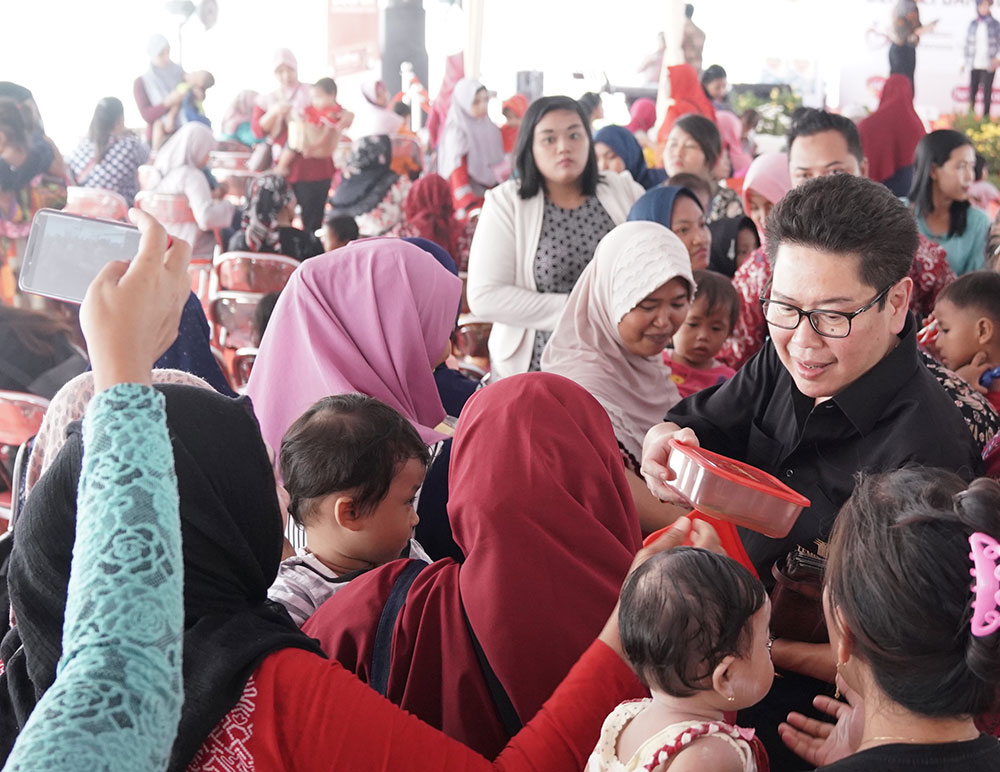 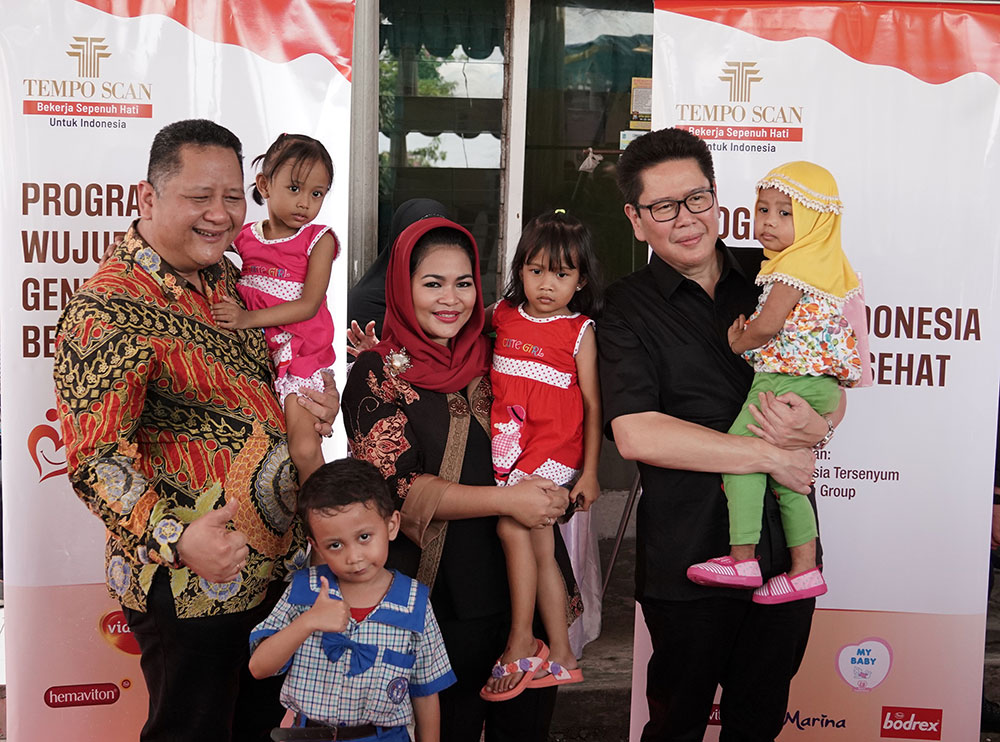