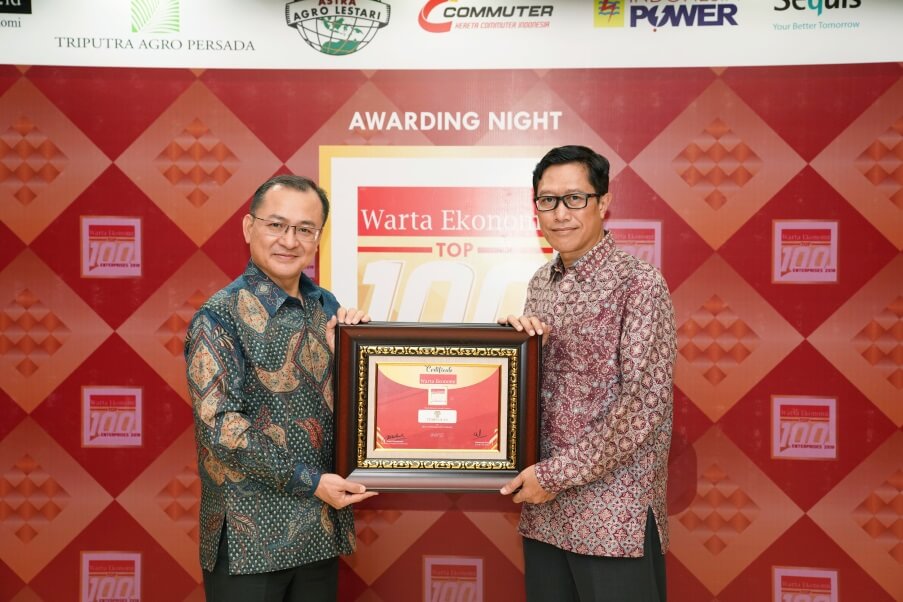 TEMPO SCAN WINS THE TITLE OF "BEST IN PHARMACEUTICAL INDUSTRY"

Warta Ekonomi Research and Consulting has selected PT Tempo Scan Pacific Tbk as the main winner of WE TOP 100 Enterprises award for the category of "Best in Pharmaceutical Industry" where Tempo Scan has been regarded to have the ability to maintain quality and reputation of the company in the public eyes. The award was presented by Warta Ekonomi Magazine in Balai Kartini Jakarta, in June 2018, to the representatives of the company, Phillips Gunawan and Prayoga Wahyudianto as the Vice President Director and the Director of PT Tempo Scan Pacific, Tbk.

It was awarded after passing through the stages and research series, compared against the companies listed in Bursa Efek Indonesia (Indonesia’s Stock Exchange), which are desk research, media monitoring, and consumer survey of the year 2017. Phillips Gunawan stated that the award is a form of acknowledgement of the dedication and best performance of Tempo Scan for over 64 years. It is also the realization of 5 Core Values of Tempo Scan, namely Honesty, Equality, Usefulness, Responsibility, and Perseverance.